Kindly fill in the requisite form below.
You will get a Call Back by our Experts

JEE stands for Joint Entrance Examination is a computer-based online test oversee by a national testing agency for aspirants who are looking to pursue their careers in the engineering field. Aspirants get admission according to their scores in the exam. Negative marking concept is applied to the exam. Candidate can write their exam in 2 languages English or Hindi. JEE Main/Advanced exam consists of mainly 3 subjects' chemistry, physics & mathematics.

The Physics portion of the course has been designed to encompass topics such as Kinematics, Rotational Motion, Gravitation, SHM and Waves, Electricity, Magnetism, Alternating Current and Mechanical Properties of Solids and Fluids. The branches that emerged in recent years like Thermodynamics, Thermochemistry, Modern Physics, Optics, and Semiconductors are also covered extensively in the course. Learn More

The Chemistry portion of the course covers the immersive nature of Chemistry wonderfully. Right from the trivial basics of elements to the complex nature of chemicals formed after the interaction of elements, the course has been designed keeping in mind that any and every question that arises in a student's mind should be answered and shouldn't lead them to confusion. Learn More

The Mathematics portion of the course much like its origin explains the concepts of Complex Numbers, Sequences and Series, Permutations and Combinations, Binomial Theorem, Probability, Matrices and Determinants, Functions, Limits, Continuity and Differentiability & Differentiation and Integration. While the concepts of Differential Calculus, Conic Sections, Trigonometry, Vectors, and 3D Geometry have been explained in the best possible details. Learn More 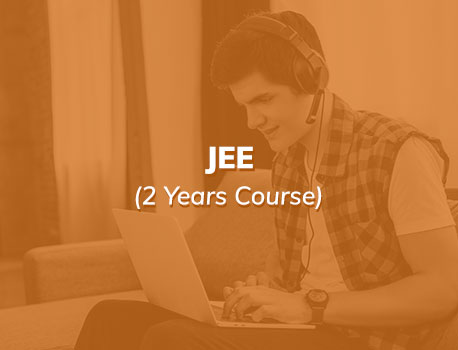 Request A Call Back

Fill in form below for enquires

Get A Free Demo Scheduled!

This site uses cookies. By continuing to use this site you agree to our use of cookies. Find out more. OK